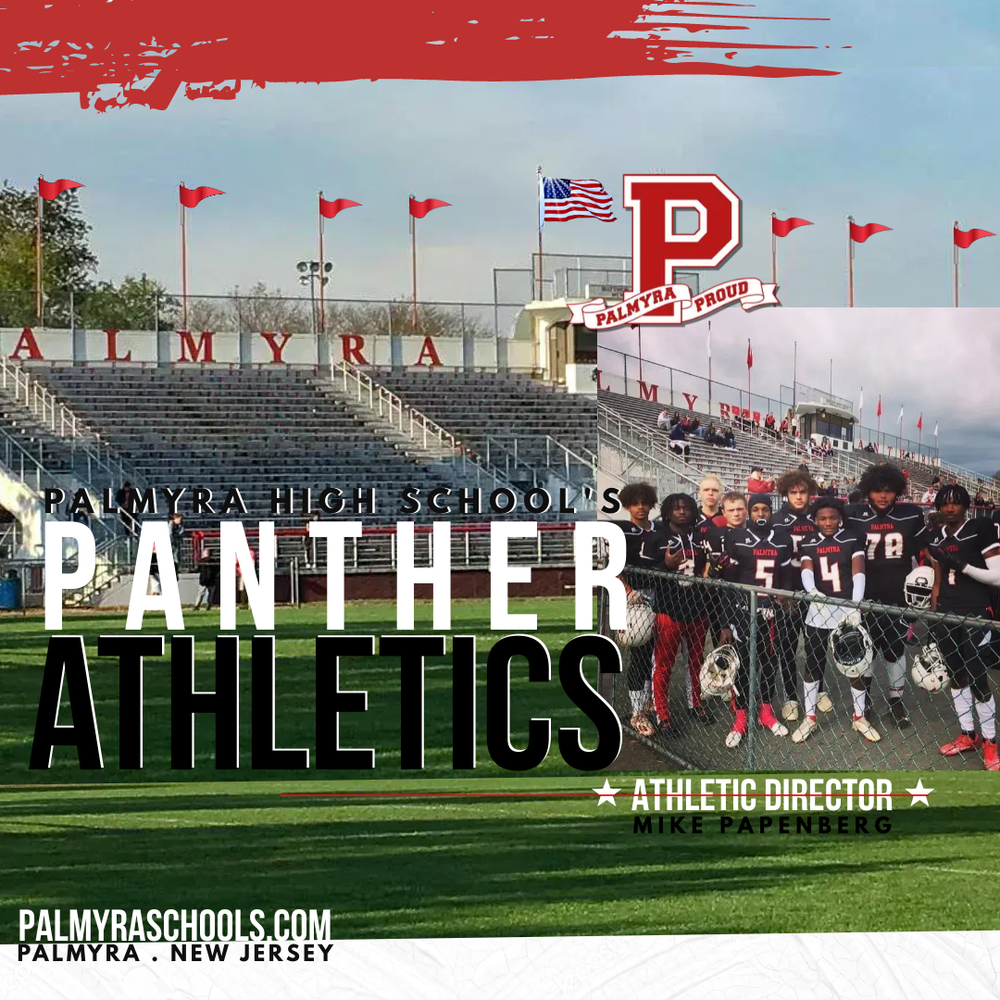 -and NOW from our SPORTS DESK - Athletic Director Mike Papenberg reports:                    Good Afternoon Palmyra!  Here is how our student-athletes performed in one of the last weeks of the Fall season:

The Girls Soccer Team advanced to the NJSIAA Sectional Semifinals last Tuesday against Point Pleasant Beach.  The girls played Beach tough, both regulation and overtime ended in a tie without anyone scoring a goal.  Unfortunately, a winner needed to be decided through penalty kicks, and Pt. Beach was able to best us 4-3 in penalties.  The Lady Panthers finished the season with a very impressive 17-4-1 record.  Congrats on a great season!

The Boys Soccer Team defeated Woodstown High School on Monday in the NJSIAA Sectional Semifinals 3-0.  Matteo Gravano scored twice and Reed Wells scored once to lead the Panthers.  John Liebe made 9 saves to pick up his 13thshutout of the year.  The win moved the boys to the NJSIAA Sectional Championship last Thursday afternoon when they hosted Haddon Township High School and led 1-0 at halftime on a big goal from freshman Cole McCamy.  Unfortunately, the Hawks were able to score 2 @second-half goals to win the sectional championship and end the boys season.  It was another terrific season for the boys, winning the BCSL Freedom Division Championship and finishing with a record of 17-5-1.

The Girls Cross Country Team’s Cadence Anderson ran at the NJSIAA Group 1 State Championships on Saturday at Holmdel Park.  Cadence placed 39th out of 136 and was the 7th sophomore to cross the line. Congrats to Cadence on a great sophomore season!

The Football Team defeated Pennsville High School 50-29 last Friday night.  Kwinten Ives ran the ball for 181 yards and 2 touchdowns on the night.  Sadiq Cook had 3 catches for 59 yards and 3 touchdowns.  Dwight Douglas, Damon Bailey and Adonis Jones all rushed for touchdowns as well.  Anthony Sadler kicked a field goal and 2 extra points.  Anthony, Adonis Jones and Austin Forrester all recorded interceptions for the Gridiron Panthers with Paul Minimi and Bobby Woll each having a sack.  The win improved the Panthers record to 3-6 on the season.  They will take on Burlington City, at Burlington City, on November 24th at 4pm in their final contest of the year.

Last night, the Palmyra Marching Band & Color Guard competed in the Cavalcade of Bands All-States Championships at Hershey Stadium in Hershey, PA.  Our Palmyra Marching Panthers took 5th Place (out of 12 bands competing) in the Independence A Division!

#GOPANTHERS  Here is a link to our schedule -we are #PalmyraProud of our FALL SEASON performance in all sports, for more schedules & other information find us on PalmyraSchools.com