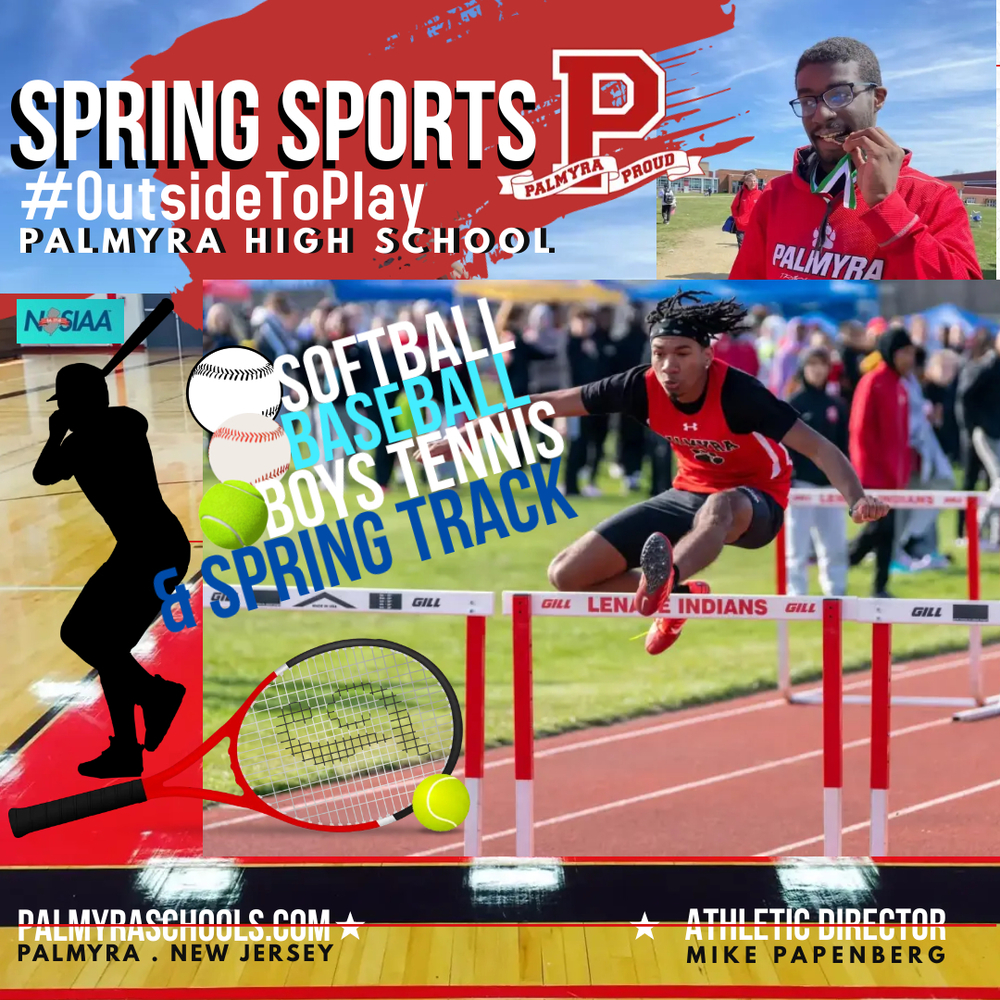 Happy Monday Morning Everyone! Last week was wet and windy but we were able to get a few events in around the raindrops.  Here's a look at how our student-athletes performed:

Congratulations to all - especially the top 5 Track & Field finishers at the Moorestown Invitational on Saturday!  Medals were won by Kwinten Ives in the Long Jump and Triple Jump. Kwinten won both events and qualified for South Jersey Elite Meet later on in the year. Kwinten’s long jump is the longest in the state at this moment.  The boys 4X800 relay of Dominic Belton, Joe Russell, James Crean and Colin Broadbelt placed 5th. They also placed 4th in the distance medley.  Joe Russell placed 5th in the high jump. Check out what the SJ TrackBlog had to say about Kwinten's jump here.

The Softball Team was able to play Camden County Tech Sicklerville on Monday and the girls defeated the Warriors 12-0!  Molly Jackson had a monster game, going 4-4 with 2 RBI’s and 3 runs scored in the game.  She also pitched 5 innings picking up the win while striking out 8 Warriors.  Maria Dixon also had a huge game going 3-3 with 3 RBI’s and Emily Gerbe had 3 hits and 2 RBI’s.  The Lady Panthers are now 2-0 on the season and will travel to Willingboro today for their next game.

The Boys Tennis Team lost to Group 3 Burlington Twp on Friday, 4-1.  At 2nd Doubles, Nate Moore and John Liebe defeated Devan Desai and Pruthvi Darji of Burlington Twp, 6-2, 6-2.  The boys fell to 0-2 and will host Pemberton tomorrow at Legion Field in their next match.

Check out our upcoming schedule here.  Make sure you come and check out a game/match/meet this spring!

#GoPANTHERS! For future schedules & other information find us on PalmyraSchools.com