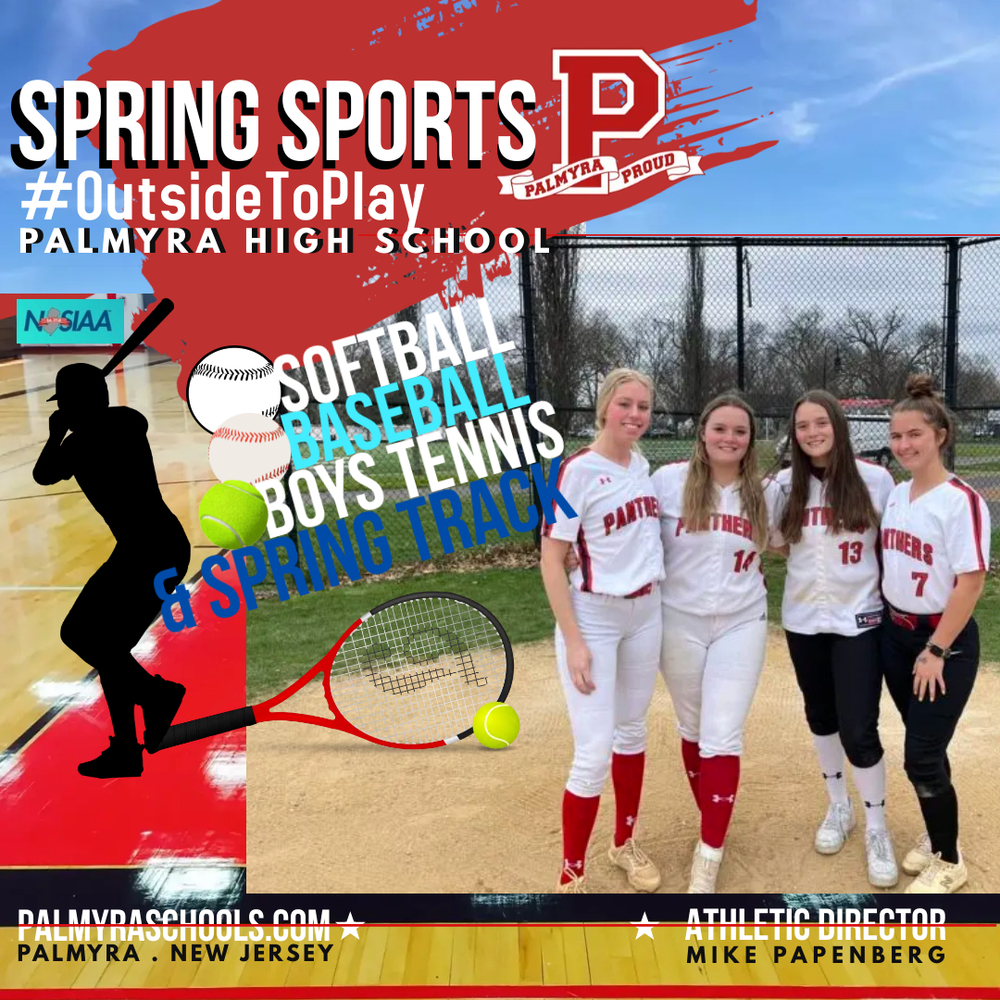 Welcome Back Everyone! While on spring break our student-athletes were hard at work & here's a look at how our they performed:

Over the break the Boys & Girls Track & Field Teams competed in two track meets. On Wednesday, the boys team lost to Maple Shade while the girls defeated Maple Shade in a non-league meet. The following athletes won an event against Maple Shade.

On Saturday the Boys and Girls Teams competed at the Woodbury Relays.  Heather Adams (discus throw), Joe Russell (high jump) and Kwinten Ives (triple jump and long jump) were selected to compete against the 20 best athletes in South Jersey!  Kwinten Ives placed 2nd in the long jump and set a new school record in the event. The Girls Shuttle Hurdle team placed 7th and the Girls Sprint Medley placed 8th. The Boys Sprint Medley placed 10th and the Distance Medley placed 9th.  The track and field team will return to action today at home against Trenton Catholic.

The Boys Tennis Team defeated Triton High School in their lone match of the week, 4-1.

The Panthers are now 3-2 on the season and will return to action on Wednesday at Haddon Heights High School.

The Baseball Team won its only game of the week after being rained out earlier in the week.  The boys were able to beat Holy Cross High School 12-11 on a walk off hit in the bottom of the 8th inning on Friday.  The boys are now 3-3 on the season and will take on BCIT Westampton today in their next game.

Softball Team was able to get in 3 games last week!  On Wednesday, the girls lost to Doane Academy 10-2.  Juliana Rex and Molly Jackson each had 3 hits for the girls.  The Panthers then lost to Burlington City on Thursday, 13-1.  Molly Jackson had the lone hit for the Panthers.  The girls finished their busy week with a tough 13-12 loss to Maple Shade on Friday.  Megan Dixon, Maria Dixon and Juliana Rex all had 3 hits for the girls.  Maria and Megan each had 4 RBI’s apiece.  The girls are now 3-5 on the season and will travel to BCIT Medford for their next game. There's a nice piece in the Palmyra Sun about our senior girls and their season here.

Here's a look at our upcoming schedule.  Make sure you come and check out a game/ match/ meet this spring!

#GoPANTHERS! For future schedules & other information find us on PalmyraSchools.com