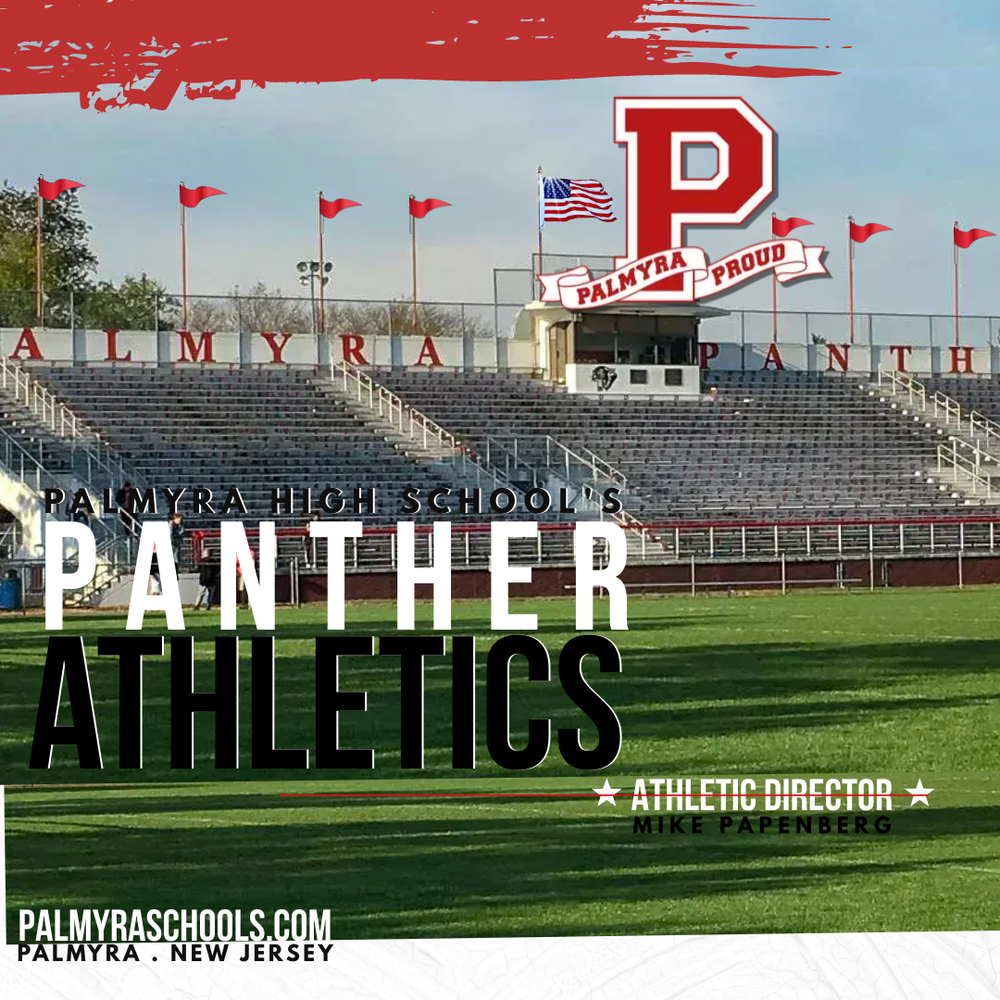 Good Evening Palmyra! It was a great week for Palmyra Athletics!  Here is a look at how our student-athletes performed last week:

The Girls Soccer Team continued its undefeated run to start the season.  The girls opened up their week with a 7-0 shutout of Bordentown High School.  Julia Ostroff led the attack with 4 goals,  Riayn DiMeo added 2 goals and Sarah Agnew scored 1.  Maeve O’Connell made 5 saves to pick up the shut out.  The Lady Panthers then defeated Maple Shade High School in a battle for 1st place in the division.  The girls won 2-1 with Julia Ostroff and Lauren Gilmore scoring the goals.  Maeve O’Connell made 8 saves to pick up the win in goal.  The girls finished off their perfect week with a 7-1 win over BCIT Medford.  Julia Ostroff again paced the Panthers with 3 goals.  Lauren Gilmore, Sofia Gravano, Maura Russell and Mikayla Mangano each scored a goal each.  Maeve O’Connell made 1 save to earn the win while Elsie Kenson also made 1 save for the Lady Panthers.  The girls are now 5-0 on the season and travel to BCIT Westampton for their next game today.

The Football Team lost a tough Friday Night Game 21-12 to Haddon Township High School.  Kwinten Ives ran the ball 7 times for 151 yards and 2 touchdowns including a 65 yard run.  The Panthers fell to 2-1 on the season and will travel to New Egypt this Friday at 6:30 for their next game.

The Boys Soccer Team had a 1-1 week.  The boys lost an early week game 4-3 to Florence High School in an early season battle for 1stplace.  Joe Russell scored twice and Corey Knox added the 3rd.  John Liebe had 7 saves in goal for the Panthers.  The boys rebounded on Friday and defeated Holy Cross High School 1-0.  Jase Jennings scored the lone goal on an assist from Richie Butler.  John Liebe made 3 saves to pick up his 3rdshutout win of the season.  The Panthers entered this week's play with a 3-1 record and host BCIT Westampton today at 3:45PM at the stadium.

The Girls Tennis Team lost to Delran and New Egypt 5-0, 5-0 last week to drop to 1-3.  The girls will host Northern Burlington tomorrow at 3:45PM at Legion Field.

#GoPANTHERS!  Here is a look at the upcoming schedule.  For future schedules & other information find us on PalmyraSchools.com