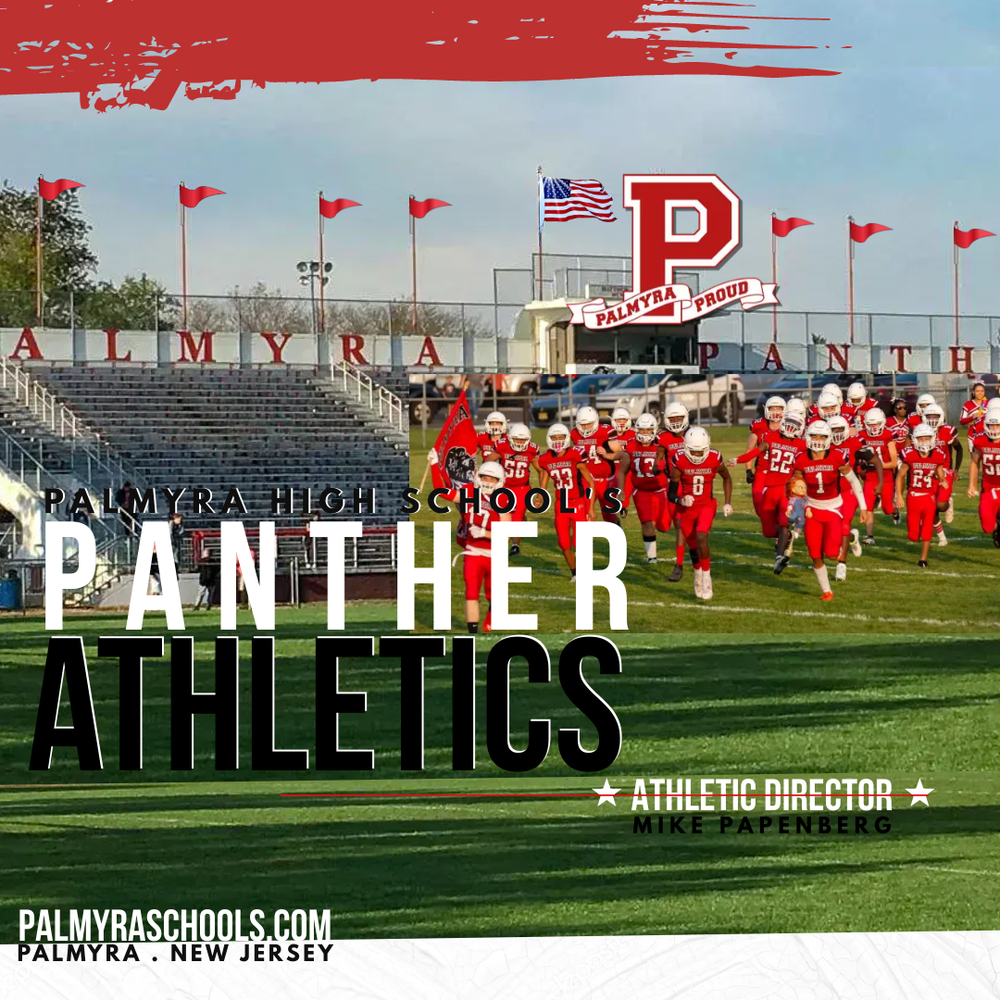 -and NOW from our SPORTS DESK - Athletic Director Mike Papenberg reports:                         Happy Monday Everyone!  I hope everyone was able to hunker down over the weekend and stay dry!  Here is a look at how our student-athletes performed last week:

The Football Team won a massive WJFL Divisional Game over Cherry Hill East on Friday Night, 41-8.  Kwinten Ives had a monster game.  He ran the ball 21 times for 252 yards and 4 touchdowns and caught 3 passes for 57 yards and 1 touchdown.  Quarterback Evan Montgomery completed 13 of his 18 throws for 184 yards and 2 touchdowns.  Damon Bailey had 2 catches for 71 yards and a touchdown and Bobby Woll caught 4 passes for 92 yards.  Defensively Damon Bailey had an interception and Lucas Moritz had a sack.  The Gridiron Panthers are now 4-1 on the season and will travel to Florence High School on Friday Night at 7PM for their next game.

Congratulations to the Boys Cross Country Team who defeated Bordentown, Riverside and Pemberton on Tuesday. Top ten finishers in the race were Colin Broadbelt and Jimmy Crean. Other outstanding performances came from Adam Fries, Owen Jacobs and Carter May.  In the Girls Cross Country race Cadence Anderson won the race and set a course record.  Congratulations to all the runners on their fine performances.  On Saturday the Boys and Girls cross country teams competed at Holmdel Park on one of the hardest courses in NJ against the best runners in New Jersey, New York and Pennsylvania. The weather was cold and rainy and the course was muddy and mountainous, yet the Running Panthers ran some of their fastest times of the year. Great job Cadence Anderson, Colin Broadbelt, Jimmy Crean and Owen Jacobs. You did and amazing job!

The Girls Soccer Team’s undefeated season continued with a 2-0 week!  The girls blasted Florence High School on Tuesday, 7-1.  Lauren Gilmore and Julia Ostroff each scored twice to lead the girls offensively.  Riayn DiMeo, Ellie Ancker and Jada McCloskey each scored once for the Lady Panthers.  Maeve O’Connell made 1 save in net to earn the win for the Panthers.  The girls then defeated Pennsauken High School on Thursday, 4-0.  Lauren Gilmore, Elizabeth McCarron, Callie Carr and Mikayla Mangano each scored a goal for the girls.  Maeve O’Connell earned the shutout in goal.  The girls now stand with a record of 9-0-1 on the season.  They will return to action on Tuesday in a big Divisional Game at Maple Shade High School.

The Girls Tennis Team had a 1-2 week.  After a loss to New Egypt the girls defeated Willingboro High School on Wednesday 5-0.  Kiyomi Okazaki, Fiona Hennigan and Gabriella Gillespie all won their singles matches for the Panthers.   The doubles teams of Olivia Ottenbreit/Sidney Lim and Zaniya Clement/ Chloe Caban also won their matches.  The girls are 2-7 on the year and will return to action on Tuesday at Cinnaminson High School.

The MIDDLE SCHOOL Girls Soccer Team opened up their season with a 2-2 tie against Cinnaminson. Palmyra goals were scored by Gianna Guglielmucci and Madison Grimes.

The Boys MIDDLE SCHOOL Soccer Team will open up play this week. 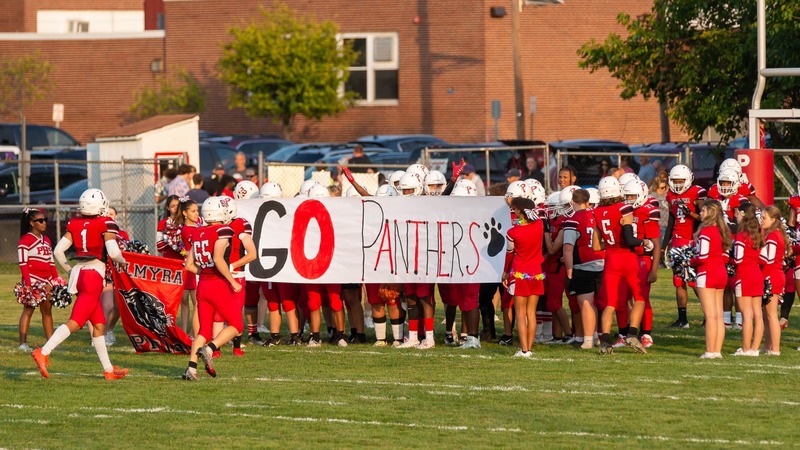