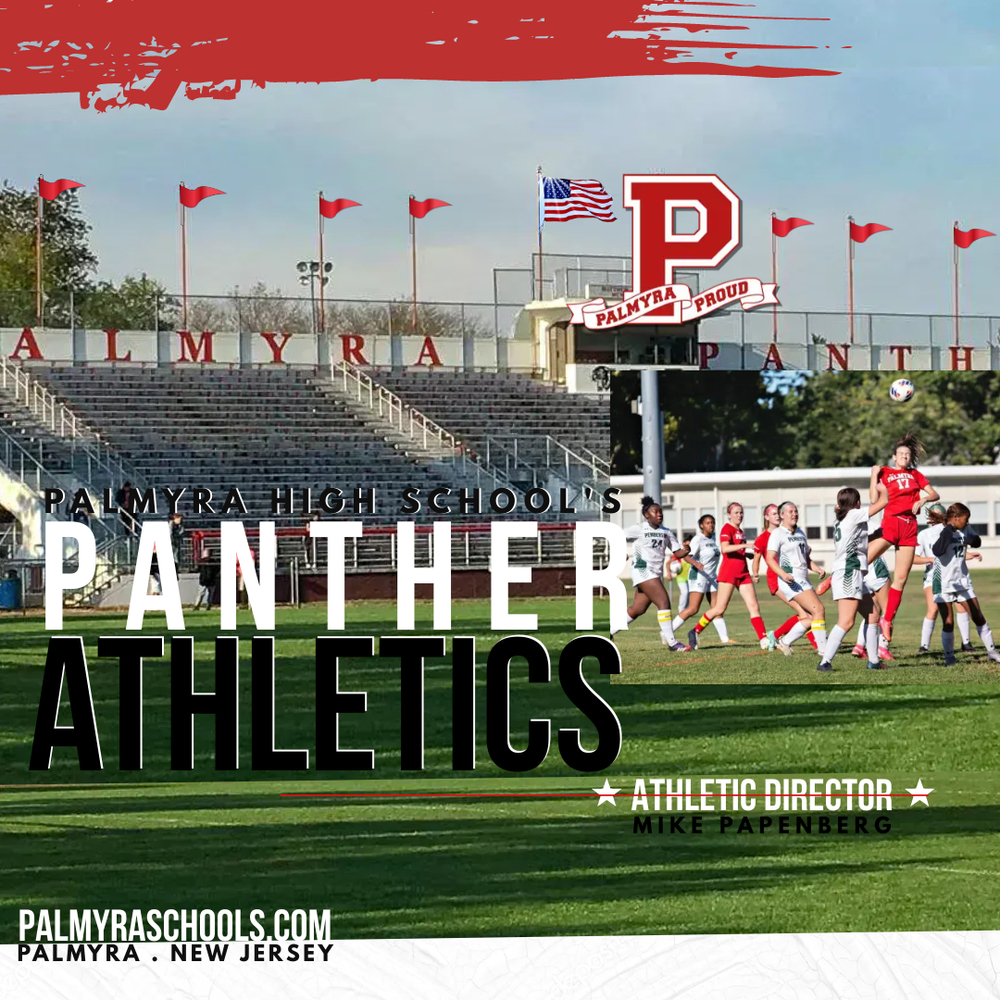 -and NOW from our SPORTS DESK - Athletic Director Mike Papenberg reports:                         Good Morning Everyone!  Hope you all enjoyed the beautiful fall weather!  Unfortunately we had to dodge a lot of raindrops last week and many of our competitions were postponed or cancelled.  Here is a look at how our student-athletes performed last week:

The Boys Soccer Team continued its hot streak, winning their 8thgame in a row with 3-1 victory over Holy Cross on Friday.  Joe Russell led the way with 2 goals for the Panthers while Jase Jennings added 1.  Richie Butler was credited with 2 assists on the day and Reed Wells also tallied an assist.  John Liebe made 6 saves in goal to earn the win.  The boys are now 10-1 on the season and will travel to Cinnaminson today for a cross-town rivalry game!

The Football Team traveled to Florence High School for their game on Friday.  The boys lost a tough one 24-19 in a game that came all the way down to the end!  Kwinten Ives continued his amazing season with 3 more touchdowns!  He had 1 touchdown off of a 79 yard kickoff return, 1 off of a 7 yard run and 1 off of a 42 yard pass from Evan Montgomery.  Kwinten finished the game with 118 yards rushing and 52 yards receiving.  The Gridiron Panthers are now 4-2 on the season and will host Burlington City this Saturday at 11AM for our PHS Homecoming Game.

The Girls Soccer Team lost to a  South Jersey Top 10 team in Holy Cross on Wednesday, 7-0.  Despite the loss, the girls still hold on to the #1 seed for the moment for the upcoming NJSIAA State Tournament.

The Girls Tennis Team travelled to Middle Township for their opening round NJSIAA Tournament match on Thursday and lost 5-0.  The girls are now 2-8 on the season and will travel to Wood Park to take on Cinnaminson today.

The Cross Country Team will return to competition tomorrow at New Egypt High School for the BCSL Divisional Meet.

The Middle School Boys Soccer Team began their season with a dominating 2-0 win over Northern Burlington on Thursday.  Alex Ridgway and Arthur Godoy scored for the Panthers, while Declan Sharkey and Marques Washington shut down the net to preserve the shut out.  An overall solid team win to start their season!

The Middle School Girls Soccer Team won against Northern Burlington on Thursday, 3-2.  Maddie Grimes put the team on the scoreboard early in the game.  Grace Woll scored off of a penalty kick and Gianna Guglielmucci was able to score the game winner goal for the Panthers.  Allie Minnix and Maddie Grimes aggressively protected Palmyra’s goal to help seal the win.

Starting back up this Wednesday we will begin our student-athlete study hall in the cafeteria from 225PM-250PM each day. The study hall is for any current middle school or high school student-athletes who have a 69% or below in any of their classes.  Students are tasked with working on their class assignments or meeting with their teachers to get extra assistance during those times.