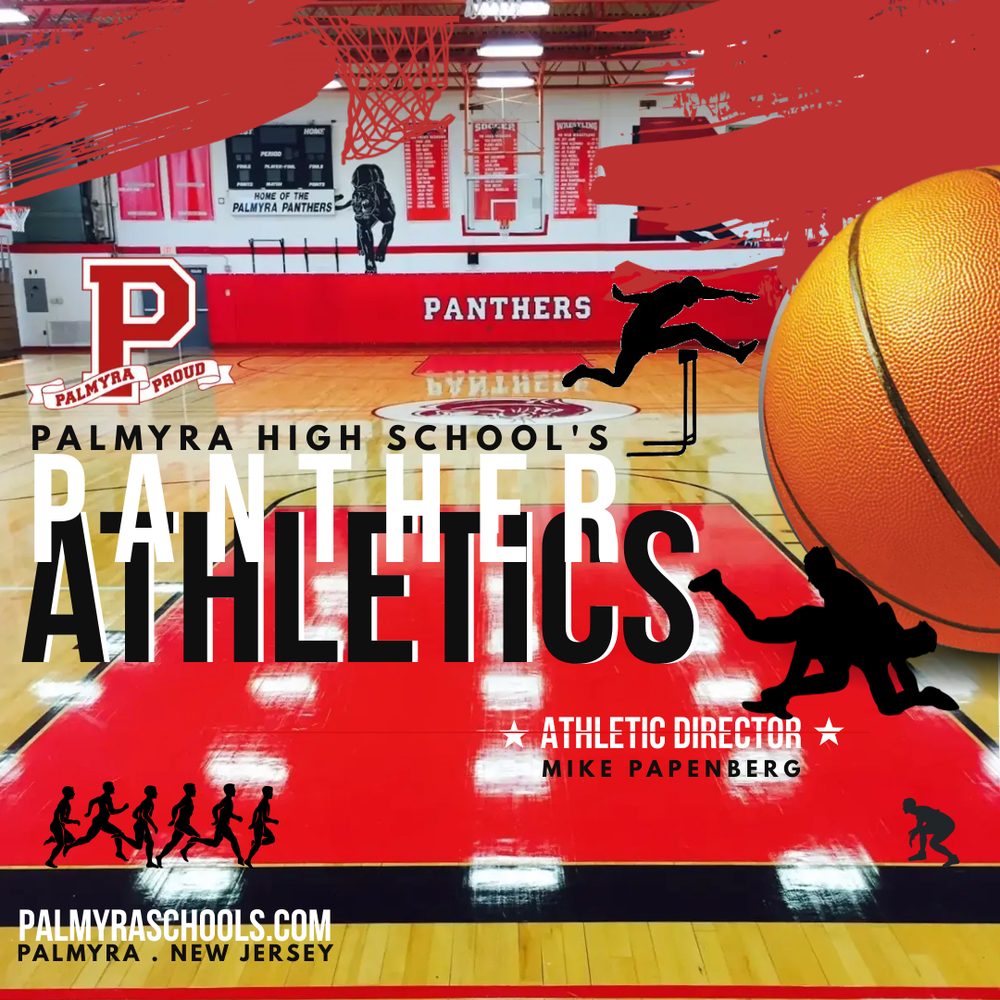 -and NOW from our SPORTS DESK - Athletic Director Mike Papenberg reports:                           Good Day Everyone, after our brief hiatus we are back in competition!  The PANTHERS' Winter Season kicked off last Thursday and here is how our student-athletes started up their seasons:

The Girls Basketball Team opened up their season with a 44-32 win over Willingboro High School on Thursday.  Cadence Anderson led the attack with 22 points while Lauren Gilmore added 10 points.  Kiley Hines had 8 rebounds while Ellie McCarron had 7 rebounds and 8 steals to help the girls on the defensive end.

The Boys Basketball Team opened up at Cinnaminson High School Thursday night and returned with a 72-41 point loss.  Kwinten Ives led the scoring with 19 points and Damon Bailey added 8 points.

The Wrestling Team opened up with a Friday-Nigh-Tri at home.  The squad lost a couple of toughly wrestled matches to Barnegat High School (55-18) and Holy Cross High School (48-33).  Trevor Young and Patrick Daly each recorded pins against Barnegat.  Trevor Young, Ben Still and Aidan Hines all picked up victories on the mat against Holy Cross.  The boys traveled to Gateway High School on Saturday for the Gateway Gator Tournament.  The Panthers took home 4 Top-4 place finishers at the tournament:

While the Wrestling Boys were at Gateway, our Lady Mat Cat, Samantha Domask traveled to the Queen of the East Tournament where she had an amazing start to her high school career!  Samantha finished in 2nd Place at the tournament! Sam won 3 matches as the 15 seed…leading her to the final.  She pinned a girl who placed 6th in the state last year in 50 seconds!  She eventually ended up losing in the final to a girl who took 4th in the state.  This was Sam’s first varsity tournament/match of her career.  Click here for an article about Sam’s extraordinary  first run!

PHS 3-sport star Kwinten Ives has verbally committed to play football at The University of Nebraska next year.  He will be signing his National Letter of Intent on Wednesday at 7:40am in the auditorium. Congrats to Kwinten on this amazing accomplishment!!!

The Winter Track and Field Team will open their season this week.