Today he and his family joined coaches and classmates in the PHS Auditorium for his National Letter of Intent signing ceremony.

As our Athletic Director, Mr. Mike Papenberg shared, "We are a school deep in athletic tradition and success which has produced some of the state's top athletes over its many years and Kwinten now adds to that lists.  Even though we have such a rich athletic history, today was still an occasion that does not happen often- an acceptance of an offer to play for a BiG 10 Division 1 sport!  This is something we did not take for granted and wanted to celebrate!"

Through years of hard work and dedication to the sport of football along with his academics, he has been offered the opportunity to play football at the University of Nebraska - Lincoln.  Congratulations go to Coach Geisel, Coach Potor and Coach Leysath on guiding Kwinten over the past 4 years on the field.  We also want to recognize the faculty that came out in force today who have guided him in the classroom as well.

Today Kwinten also received his plaque for his being named to the 2022 All-South Jersey Football Team- Running Back from the TOUCHDOWN CLUB.

We congratulate Kwinten and his family on this momentous occasion, it was great to be there when he signed on the bottom line of his NLI.  We wish our Panther the best of luck and we are sure that he will dominate as a #HUSKER in the Big10 like he dominated the West Jersey Football League! 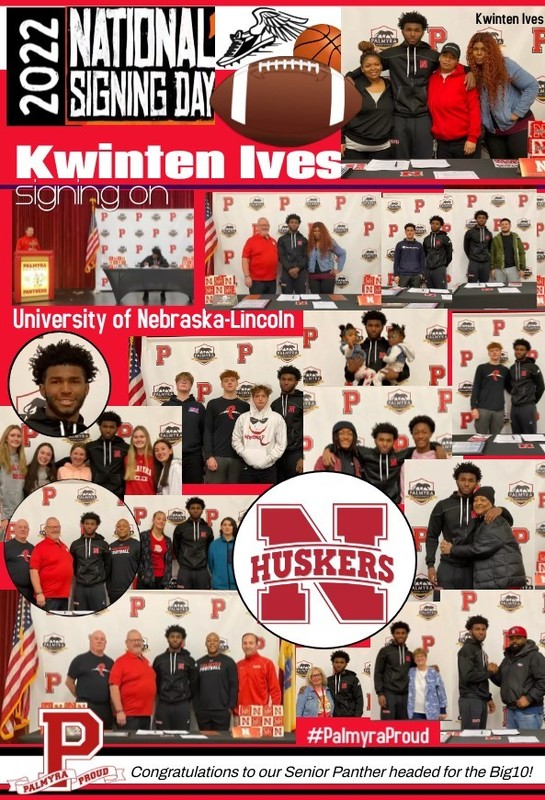