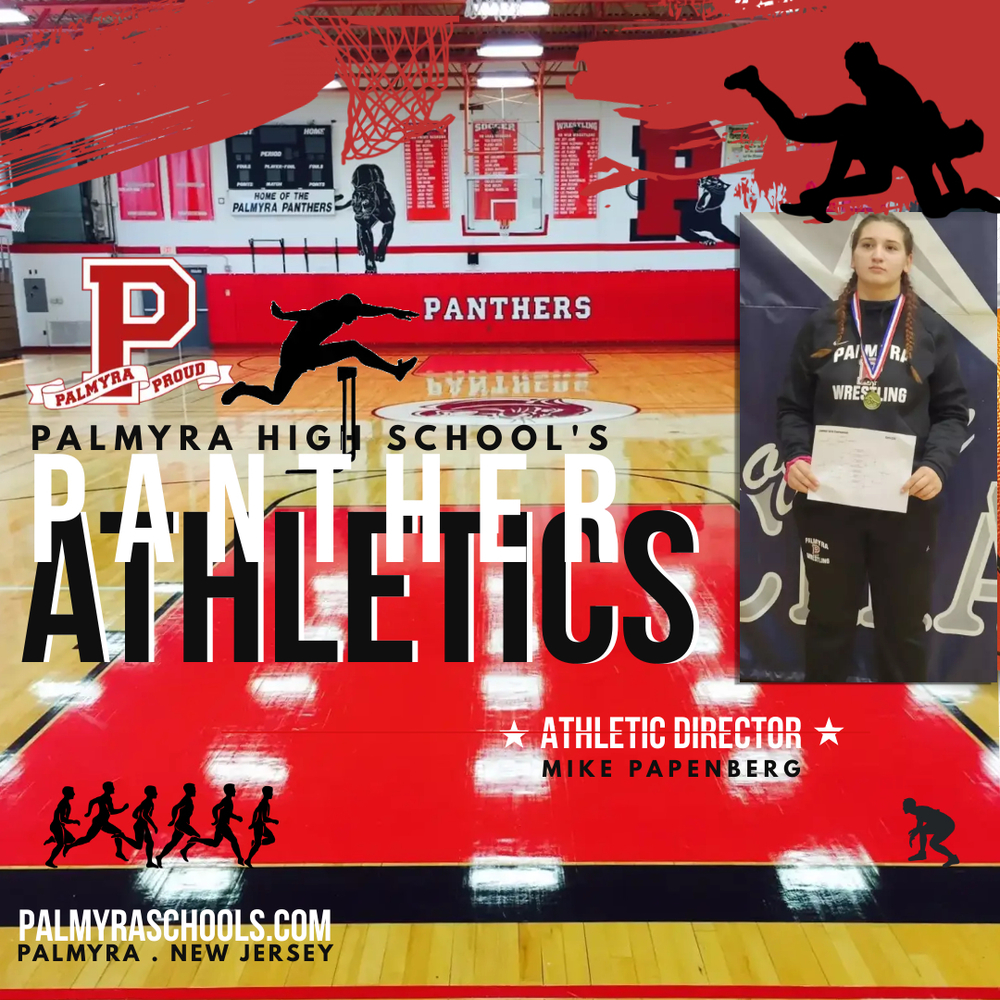 -and NOW from our SPORTS DESK - Athletic Director Mike Papenberg reports:                           Happy Monday Everyone, we are flying through our winter season!  Here is a look at how our student-athletes performed last week:

The Wrestling Team had a busy weekend traveling to Deptford for tri-meet on Saturday.  They lost to Clayton 43-36 in a close match.  Toaha Sajim, Trevor Young, Aidan Hines and Ben Still all picked up wins on the mat for the Panthers.  Samantha Domask travelled to Timber Creek for a Girls tournament on Sunday.  Samantha went 3-0 on the day with 3 pins and won the heavyweight weight class!  Congrats to Sam on her 1st place finish!  The squad will travel to Burlington Township tomorrow for their next match.

The Boys Basketball Team had a 1-1 week.  They opened the week with a 44-23 win over Pennsauken Tech on Tuesday.  Kwinten Ives led the scoring with 14 points and added 10 rebounds.  Jase Jennings made 3 @three pointers to add 11 points.  The boys then lost at New Egypt on Thursday, 56-44.  Reed Wells led the attack with 17 points and Kwinten Ives added 16 points.  The boys are 2-5 on the season and will host STEM Civics in their next game.

The Winter Track & Field Teams ran at the Toms River Bubble on Monday.  Congratulations to all the top 10 finishers at the South Jersey Track Coaches Association held in Toms River.