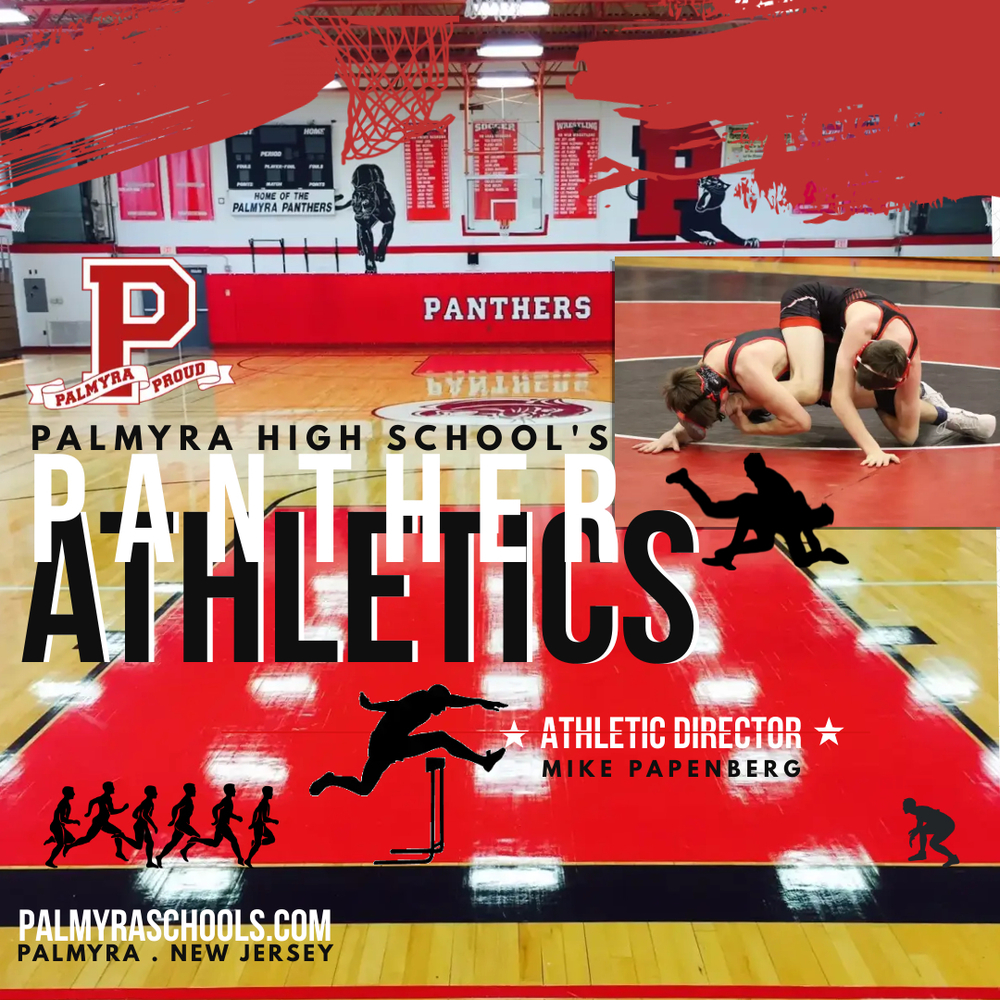 -and NOW from our SPORTS DESK - Athletic Director Mike Papenberg reports:                           Happy Monday Morning Everyone!  I hope you all enjoyed the big Eagles victory over the weekend!  Here is a look at how our student-athletes performed last week:

The Girls Basketball Team had a 2-0 week.  They defeated Pemberton High School on Tuesday, 46-28.  Lauren Gilmore led the attack with 13 points while Cadence Anderson and Amanda Gilmore each chipped in 10 points.  The girls then crushed the Bordentown Scotties on Thursday, 55-21.  Cadence Anderson scored 15 points to lead the Panthers.  The Lady Panthers are now 11-3 on the season and will take on New Egypt High School on Tuesday in a battle for 1st place in the division.

The Wrestling Team had a 2-2 week.  They opened up the week with a 54-27 win over Riverside High School.  Winners on the mat included: Joe Augusta, Trevor Young and Aidan Hines.
The boys also won 48-25 over Lindenwold last week. Winners included: Dalton Larmanis, Toaha Sajim, Trevor Young, Cole McCamy, Aidan Hines, Ben Still, Victor Martin, and Ryan Riley. The Panthers improved to 6-10 on the season and will travel to Schalick High School today for their next match.

On Wednesday night the Winter Track and Field Team competed against 40 other teams located throughout the state. Here are the top 10 finishers and medalist from the meet:

Middle School Wrestling took on Haddon Township on Thursday and won 8 of the 15 matches that were wrestled.  Students that won matches were Logan Jander, Levi Jander, Nick Rex, Meghan Austin, Rafael Gonzalez, and Ryan McKenna.  This was Ryan's first win of the season and it was great to see the whole team erupt when he won. They were all so happy for him and you could see how excited he was because of that. It was definitely a "feel-good" moment for everyone.

The Middle School Boys Basketball Team defeated Riverside B by a score of 34-14.  Marques Washington led the team with 19 points.  On Friday the boys had a huge win over Riverton Elementary School, 26-25.  Justin Butler led the team in scoring with 12 points.  The boys will take on Riverside Middle School today at 345PM at Charles Street.

The Middle School Girls Basketball Team defeated Riverside B by a score of 52-14.  Ava Sims led the scoring with 18 points.  Gianna Guglielmucci scored 12 points and Az-Zahra Pollard scored 10 points.  The girls lost a tough one to Riverton on Friday, 29-19.  Ava Sims scored 13 points for the Panthers.  The girls will take on Riverside Middle School today at Charles Street at 5PM.